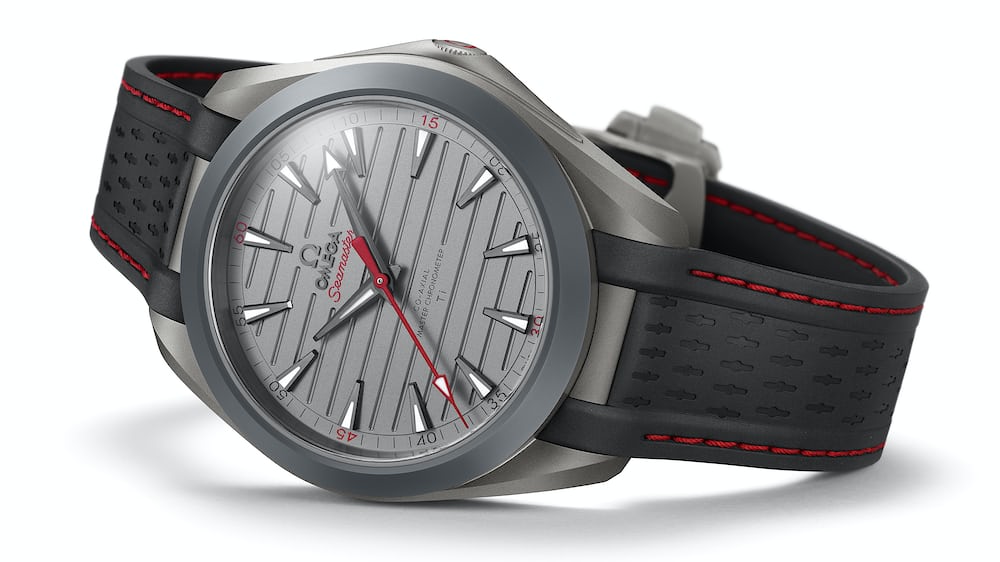 The latest in lightweight mechanical sports watches from Omega features a movement made in ceramized titanium. 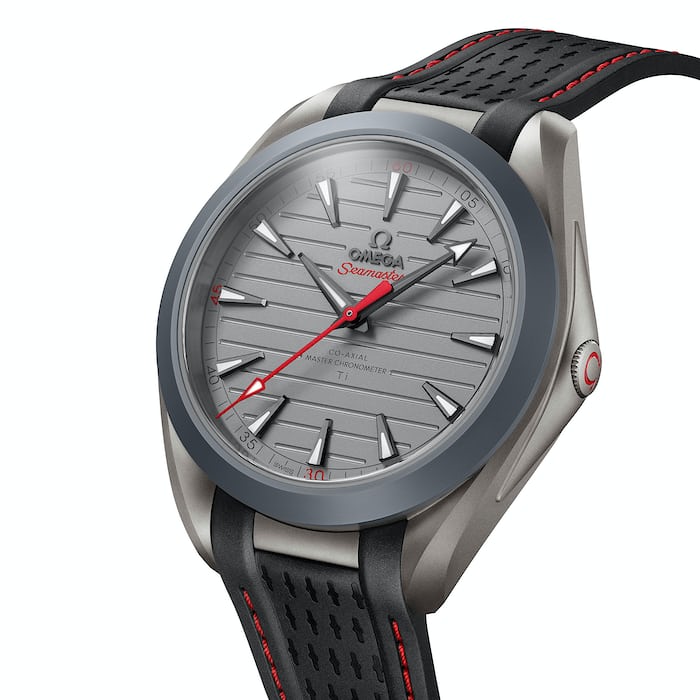 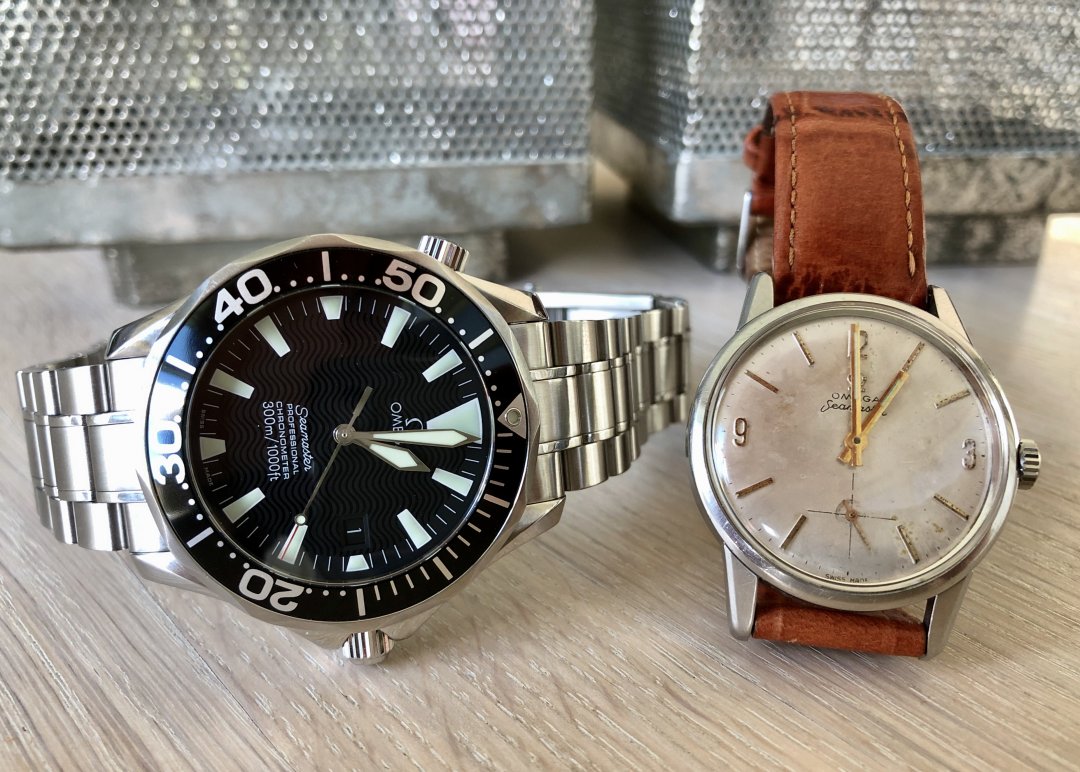 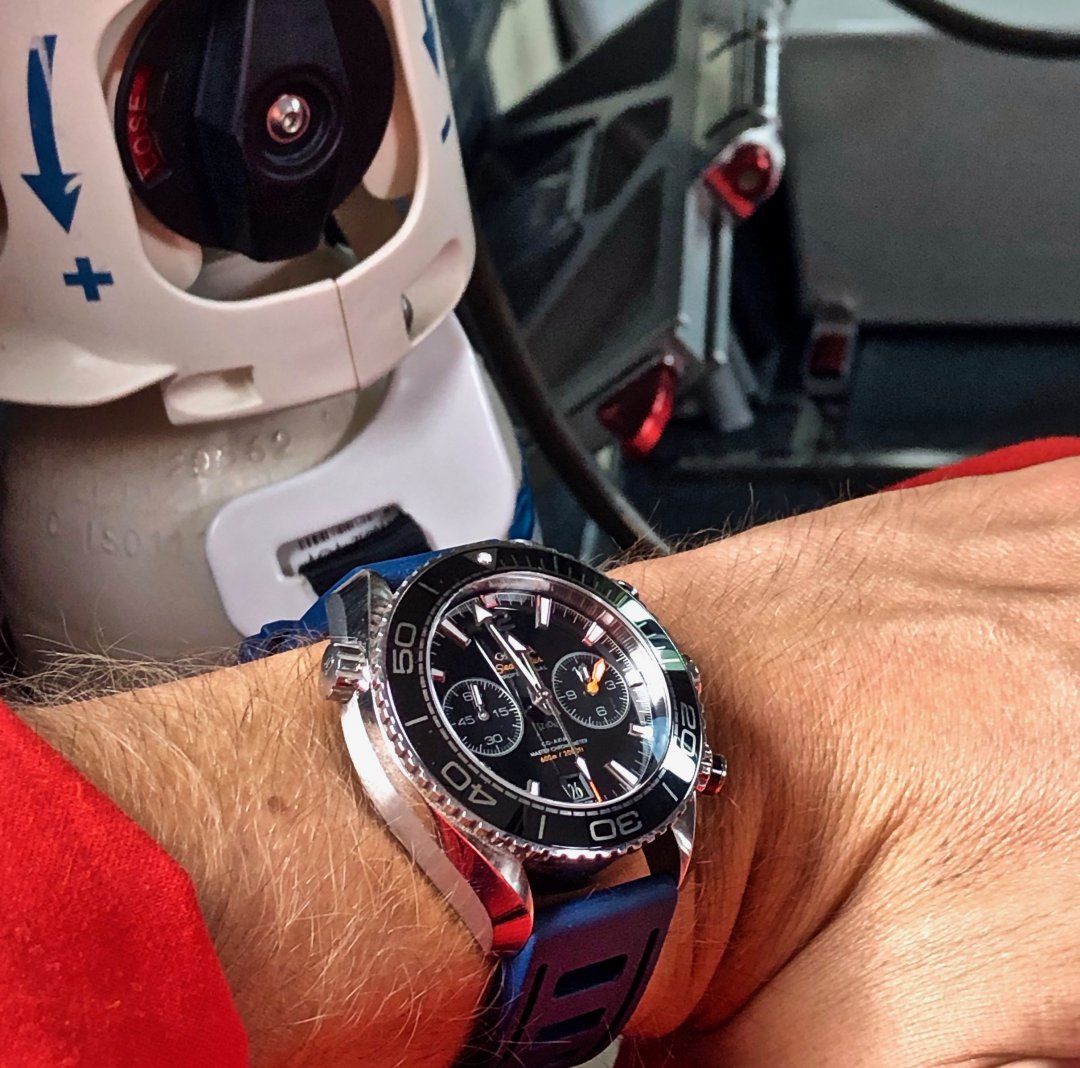 You know who'd be delighted by, or at the very least fascinated with, the latest, most coveted Omega Planet Ocean 600M Master Chronometer Chronograph - ref. 215.30.46.51.01.001? Louis Moinet. In 1816 he presented the world's first chronograph, which was a handheld two pusher number resembling a pocket watch that he designed to time "the passage of stars and planets." He described it in writings as "Compteur de Tierces," which literally translates to counter of thirds, where "thirds" or "tierces" was the term used back then for one-sixtieth of a second. This mechanical watch from 1816 measured time in a sixtieth of a second and could record continuously for 24-hours - it could measure something that happens twenty times faster than the blink of a human eye. In 1816 he did this. To achieve this the chronograph's balance beat at an astonishing 216,000 vibrations per hour, which is roughly 30 Hertz, and roughly seven-and-a-half times faster than balance frequencies in most modern timepieces. Two hundred years ago! All that said, Moinet's chronograph couldn't go underwater, though, so maybe the folks at Omega have him there - they've really been trying. This particular PO 600M debuted at the 2016 Baselworld Fair along with the simpler time and date version in the same colorway (43.5 mm) to raves from the Omega cognoscenti - the Planet Ocean had finally arrived with an updated movement and a refreshed look. In a steel case with a glossy black ceramic dial, a glossy black ceramic bezel with Liquidmetal numerals and diving scale, a steel bracelet and a depth rating of 2,000 feet the technology behind this watch is far and away some of the best value for the money currently available. The 45.5 mm case is beautifully shaped and while indeed heavy with the bracelet it's more a feeling of something solid and serious on the wrist than a nagging sense of weight. Add to that the dynamite in-house Omega automatic caliber 9900 and ounce for ounce this watch is an absolute killer. The 9900 is an automatic column wheel chronograph that employs an Omega proprietary co-Axial escapement, a silicon balance spring and twin barrels mounted in series to deliver better rate stability over time. On the whole it delivers magnetic resistance to 15,000 gauss and it's a Master Chronometer having passed ten days of testing at the Swiss Federal Institute of Metrology, METAS, so this watch is bonafide. Why all of this is important can be looked at on the basis of comparison. Audemars Piguet makes a beautiful chronograph in the Royal Oak Offshore, which has been presented in myriad designs over the years and is beloved in the larger watch community, but the barrier to entry in pricing means a good portion of that community won't enjoy one first hand, lovely as they are. This PO 600M Master Chronometer Chronograph in steel is a brilliant watch on its own and a fabulous counterpoint to the Offshore - and likely underpriced by Omega. It gives the quality and commitment of an Omega in-house column wheel chronograph with a stable rate and 60 hours power reserve at a price that welcomes people to use it and enjoy it - and it's relatively easy to service. Another comparison: if the Rolex Daytona is the gentleman's sport chronograph this watch is the opposite - it was made for the intrepid, the ones who will get it dirty. You could dive with a Daytona but the majority of folks don't. Omega, however, wants you to get this piece wet, get down deep and see the whales. Moinet developed his chronograph to be used on a ship at sea, which means he'd likely see the practicality to a watch that could survive a fall overboard and a descent of 333 fathoms. In a room full of chronograph enthusiasts this watch will be a technological standout and an eye-catching conversation starter, you have to know Moinet would be pleased.
Reaksjoner: Kan, trippelj, JD83 og 2 andre 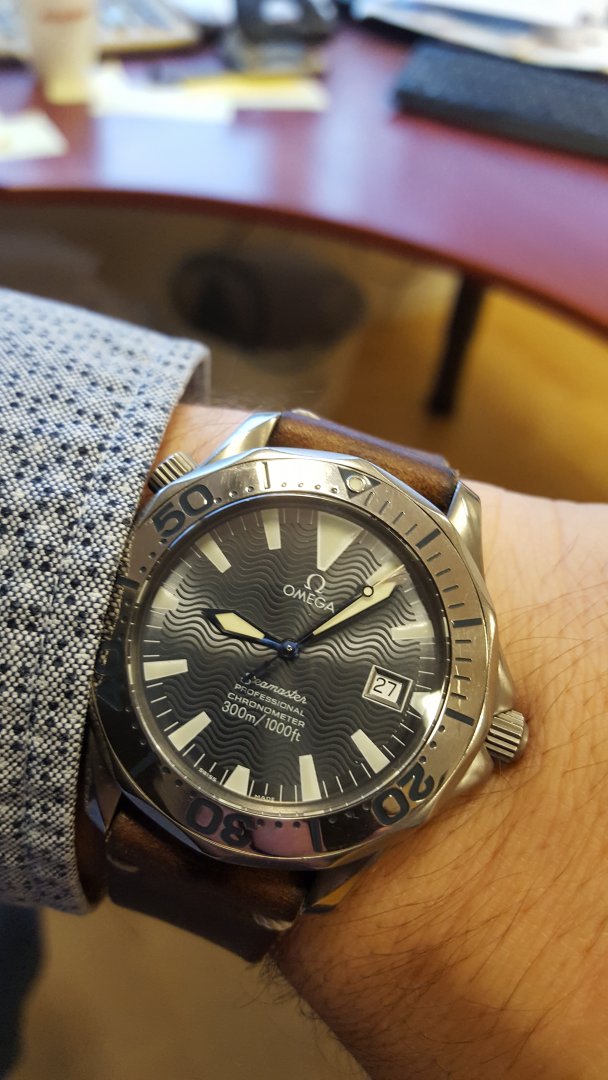 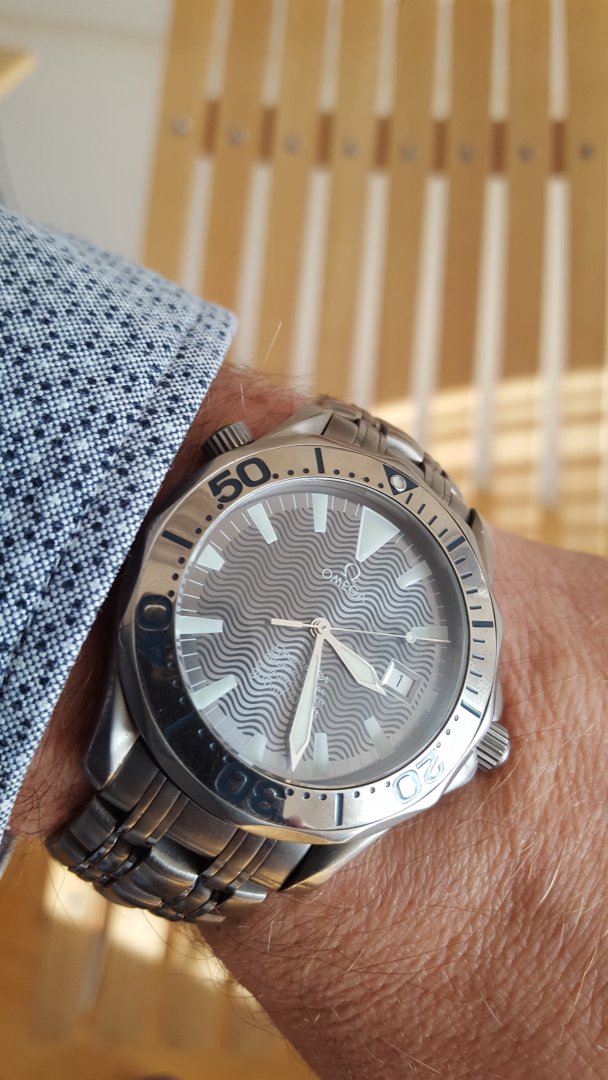 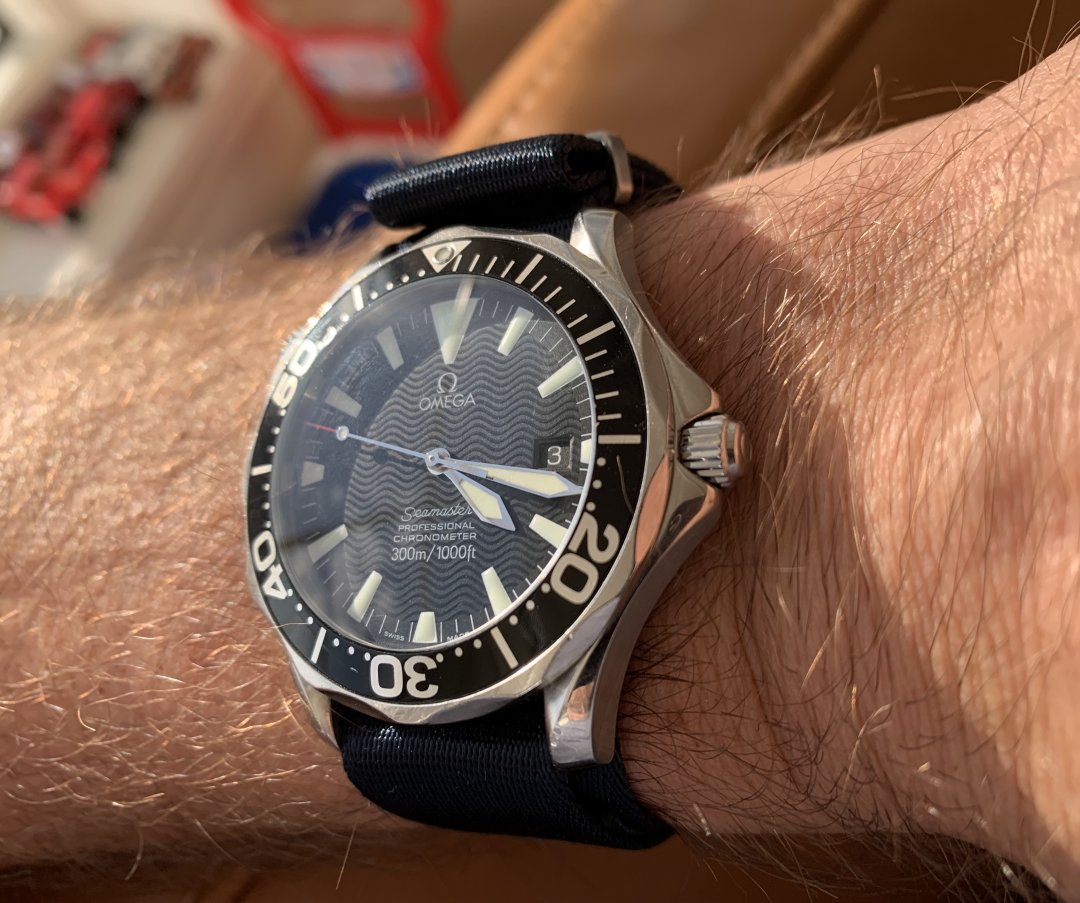 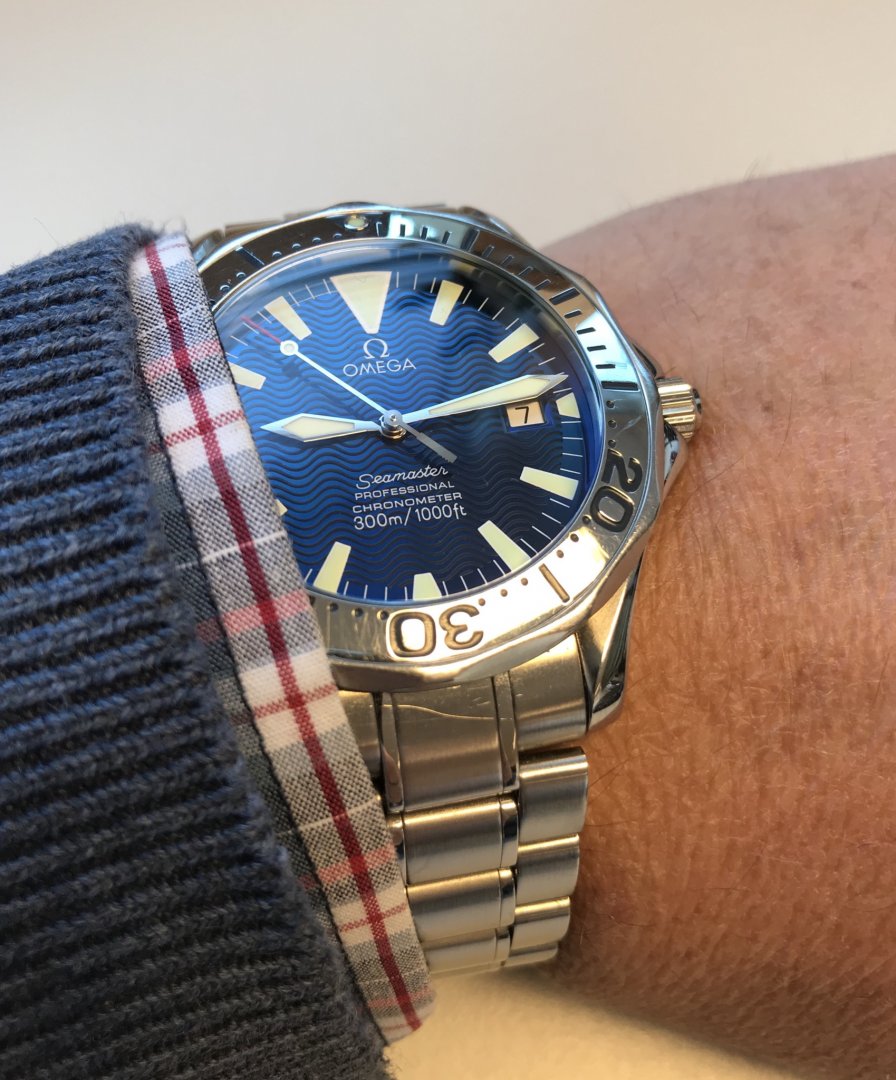